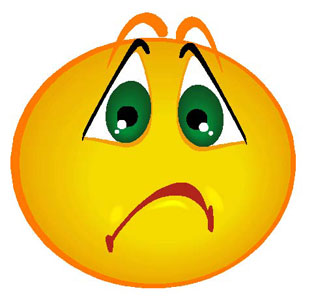 Teachers have long since accepted that mistakes are critical to the learning experience, and that those learners who embrace the mistakes and see them as a valuable experience are those that display the most notable characteristics of a growth mindset. However, getting all students to see mistakes as a positive experience and not as an indication of failure remains a constant challenge.

We can talk until we’re blue in the face about why mistakes are important learning experiences, however for a high percentage of learners, this is not advice that sits easily. Perhaps, as Rebecca Skertchly’s post about the language of a growth mindset highlights, the answers may lie in the phrases we use.

In A Level English language, students study the topic of Child Language Acquisition and are expected to negotiate a series of competing debates as to how infants learn language. One such theory states that children have an innate capacity for applying the rules of  language; something Noam Chomsky calls a Universal Grammar.

For Chomsky, given the plethora of irregularities in the English language, it is entirely logical for a child to say ‘foots’, ‘runned’ or even explain how they ‘monstered him.’ Saying ‘foots’ (whilst incorrect), proves a child understands the general rule for pluralisation. ‘Runned’ shows an awareness of how we typically mark past tense and ‘I monstered him’, demonstrates how we can turn nouns into verbs.

If a teacher can teach, a driver can drive, why can’t a hammer, ham? If we can have a pianist, guitarist, cellist or flautist, then why not a drummist? You see, whilst ‘drummist’ may not be the correct term, the reasoning behind creating the word shows application of applied knowledge.

What’s critical then is that in linguistics, these are not referred to as mistakes; instead they are termed virtuous errors (an oxymoronic, ‘good-wrong answer’) and are rightly celebrated for the skills they display. In doing so we move from a deficit approach (identifying what children cannot do) to a competency approach where we strive to understand the logic behind their language.

Perhaps there is a lesson to learn here from the way as teachers we consider incorrect answers. If our language in the classroom begins to embrace mistakes as ‘virtuous errors’ and we subsequently work with the learners to diagnose and understand the logic behind their responses, we can begin to foster a culture whereby mistakes are understood to be a vital part of negotiating the tricky terrain of knowledge acquisition.