Home Questioning Where have all the students’ questions gone? 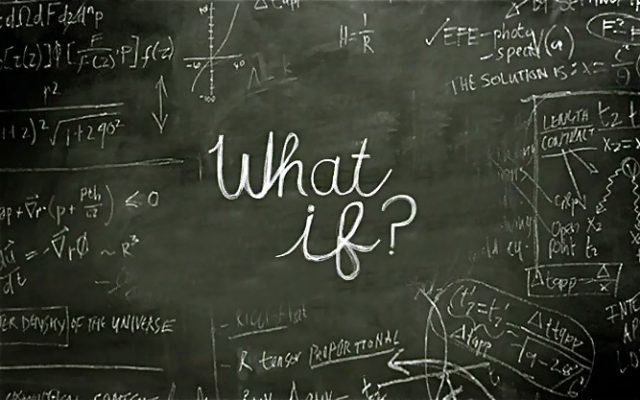 In my quest to better understand the nature of effective questioning I’ve become more acutely aware of the scarcity of times when insightful questions are actually posed by the students themselves. Indeed on the rare occasion students do ask a question, it’s normally to seek clarification about something for which I have likely done a less than perfect job of explaining in the first place. Like the Ivory-Billed Woodpecker (don’t ask me… I googled it) the student-generated speculative question should be put on the endangered species list.

Now I’m inclined to think that the fact that (and I say this in hushed tones) I do not currently teach KS3, may be part of the reason. I wonder: do students become less inquisitive as they get older? Have they (having gone through a series of exams) begun to see learning merely as a means to an end? A gateway to their next steps? Is education simply a transaction? Are they no longer learning for learning’s sake? I recently read a wonderful quote stating that ‘children start school as question marks and leave as full stops’. This in turn reminded me of the wonderful analogy given in Jostien Gaarder’s ‘Sophie’s World’:

“One morning, Mom, Dad, and little Thomas, aged two or three, are having breakfast in the kitchen. After a while Mom gets up and goes over to the kitchen sink, and Dad—yes, Dad—flies up and floats around under the ceiling while Thomas sits watching. What do you think Thomas says? Perhaps he points up at his father and says: “Daddy’s flying!” Thomas will certainly be astonished, but then he very often is. Dad does so many strange things that this business of a little flight over the breakfast table makes no difference to him. Every day Dad shaves with a funny machine, sometimes he climbs onto the roof and turns the TV aerial—or else he sticks his head under the hood of the car and comes up black in the face. Now it’s Mom’s turn. She hears what Thomas says and turns around abruptly. How do you think she reacts to the sight of Dad floating nonchalantly over the kitchen table?  She drops the jam jar on the floor and screams with fright. She may even need medical attention once Dad has returned respectably to his chair. (He should have learned better table manners by now!) Why do you think Thomas and his mother react so differently? It all has to do with habit. (Note this!) Mom has learned that people cannot fly. Thomas has not.”

Whatever the reason, whether it be the development of a more rational mind or a gradual decrease in the power of the imagination, the inquisitive mind of the early years child that is so endearing (“Mummy, why is the sky blue?” “Daddy, how small are the people inside the radio?”) all but disappears.

*As a quick aside, having just finished studying ‘The Elephant Man’ and watching the film version with a class, I was once asked by a year 8 student ‘In what year did the world start being in colour?’ It’s quite telling that I remember this specific question after 12 years.

The linguistic term for a question is an interrogative. And in my opinion that it’s a much better term for what we are asking students to do. To ask a question is too diluted in its purpose, but to interrogate something means to really strive to find the answers to things we don’t know. It asks students to look forward and to pose a question that they can perceive has the possibility of being answered (rather than looking backwards to recall knowledge they already have).

Research has highlighted that students ask fewer questions as they progress through the school years. Perhaps this is in part because they have less opportunities to actually ask questions, but even when those opportunities are presented, as I previously mentioned, they are scarce. It might be a more compelling argument to suggest that students are simply not accustomed to interrogating and asking speculative questions. On the one hand, they may not regularly hear teachers using them and so therefore have not had the process modelled for them. On the other hand, they may not have been taught how to generate these kind of questions in the first place. As Alison King has stated “Question generation depends upon the amount and type of training and practice that learners receive in question asking.”

In the spirit of this debate, I don’t actually have the answer to the title of this post as yet. I think that the ‘question frame grid’ that I have previously posted about could be a useful tool as a starting point to rediscover them. But to be honest, I’m just speculating. (Then again, isn’t that the point?)