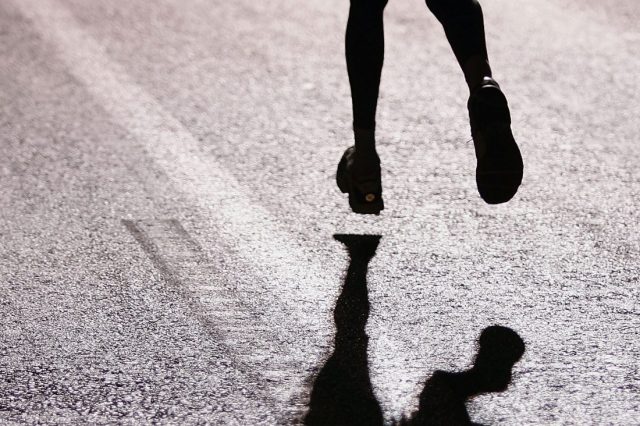 I was absolutely delighted. Cover lesson! Trainer Neil was unable to lead our Tuesday session. He was aware of a conflicting commitment so spoke to me about what he expected in his absence. The cover work was crystal clear: 5km in under 29min and then 7 hill reps. I’ll be honest, from the start I didn’t fancy the hill reps. Mr Blisset was going to be in charge. I judged him pretty quickly: he was clearly the type that just wanted an easy life. By the look of his drawn face, scraggy hair, and furrowed brow he looked like he had just come from ‘bottom set’ Year 11 English – as long as I didn’t piss him off too much this should be one of my easier sessions. And so it turned out.

As a student it is obvious what the ‘bare minimum’ is. If there are two tasks, then clearly the completion of one is going to prevent any negative escalation. If I could just get through the 5km in under 29minutes I was pretty confident those hill reps would be dropped. To put it another way, I couldn’t imagine Mr Blisset caring too much about the extension task. True enough, 5km done in 27mins, a brief chat, and finish. (Getting the teacher off topic is always a good move when the lesson nears its end – here is a tip, if the teacher is from the midlands just refer to football once and that’ll cover you for a good 15minutes).

Overall I was pretty happy with the session. It was a new PB for the 5km and I’d completed a run despite Trainer Neil not being present. It wasn’t until Neil text me later that day that I felt bad: