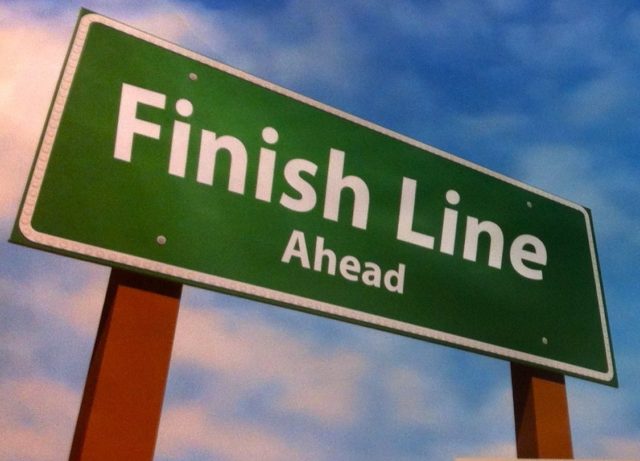 A couple of years ago I was mentoring a year 11 student during their EPQ about the effect of technology and mental health. One of their main source materials was a TED talk about ‘Why our Screens make us less happy’ – an episode I have since returned to during the lockdown.

One of the most interesting ideas explored in the episode was the concept of Stopping Cues – essentially indicators (or cues) to let us know that something has finished. The speaker explained that….

Stopping cues were everywhere in the 20th century. They were baked into everything we did. A stopping cue is basically a signal that it’s time to move on, to do something new, to do something different. And — think about newspapers; eventually you get to the end, you fold the newspaper away, you put it aside. The same with magazines, books — you get to the end of a chapter, prompts you to consider whether you want to continue. You watched a show on TV, eventually the show would end, and then you’d have a week until the next one came. There were stopping cues everywhere. But the way we consume media today is such that there are no stopping cues. The news feed just rolls on, and everything’s bottomless: Twitter, Facebook, Instagram, email, text messaging, the news. And when you do check all sorts of other sources, you can just keep going on and on and on.

I was quite taken by this idea, not only for its implication in everyday life but also in the classroom. If it’s correct that students today are growing up in a world with fewer stopping cues (wikipedia with its limitless information, internet hyperlinks that take you to the next piece of potentially useful revision material, forum after forum of exam advice) then it’s important that teachers indicate the ‘end point’.

Upon reflection, I’m guilty of using time as the only stopping cue I regularly give; ‘You have 10 minutes to complete this’, but as we all know, time is often quite a flexible and ill-defined concept in the classroom. Instead it’s worth considering other ways of building in ‘Stopping Cues’ into the classroom.

The list could on. Remember, as teachers we are likely to know the end point, the important information or the best resources of an endless list, but students are often in the dark. So it’s certainly worth reflecting on the question in each lesson or scheme of learning – ‘How do I build in any useful ‘Stopping Cues?’